This year’s fifth anniversary of the release of Dragon Lords is a particular milestone for us. It coincides with the completion of our largest project to date – Dragon Lords 2 is ready for release and will become officially available for download on August 25th. We are extremely excited about this release, and we hope that with your assistance we will make at least as successful as the original game. 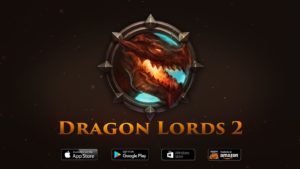 If you wish to take a closer peek at the game, for the week until release we will be making the first realm (Flaming Fist) available through the Beta client, which you can download (here for Android & PC, iOS version available upon request). While kingdoms made before release will only be temporary, it should allow you to be become more familiar with the new features.

Of course, the game’s release does not mean that our work is done – you will be seeing regular content updates in the following weeks, new major features will be added to it, like multiple champions, the spying system, champion equipment, and more. The technology used in Dragon Lords 2 will allow us to do things that were not possible at all in our previous games, and we plan to make good use of it.

With this update, we also want to reveal the Dragon Lords 2 release trailer – you can watch it (here). In the meantime, enjoy the anniversary event in the original Dragon Lords and Xeno Wars, and we’ll be looking forward to seeing you in the new realms!