Nothing more satisfying than seeing the developers of the game you like to enjoy getting drenched by a bucket of ice cool water for a good cause, right?

Well, here at the Mighty Dragon Studios following the social media craze about the whole Ice Bucket Challenge we thought we just have to jump on the bandwagon and simply participate in a good cause restoring faith in the humanity.

So for those of you who were living underneath the rock for the last couple of weeks the whole deal evolved from an activity involving dumping a bucket of ice water on someone’s head to promote awareness of the disease amyotrophic lateral sclerosis (ALS) and encourage donations to research. Meanwhile more and more charities are hijacking this trendy idea to support their own causes. 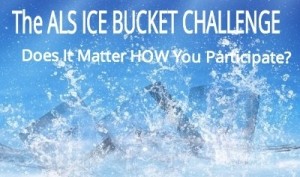 So does it really matter how do you participate in the whole initiative? For those of you that just wished for one of us here in the studio getting treated to a bucket of ice cool water we can already tell you will be disappointed. But for those of you who believe in supporting a good cause and putting it before a good ‘ole laugh captured on an mobile device of your choice this may appear as a pretty honourable gesture. It’s the least we can do.

Keeping our cool nearly as good as sir Patrick Stewart while writing his check during his own ALS Ice Bucket Challenge participation we have established contact with Derek Clark who runs EntreLife blog and came up with a initiative of App Developers Stand Up to Cancer. We thought it’s a great cause bringing us indie-developers a little bit together and therefore we have decided to donate piece of our revenue from Heroes of Deneos to Stand Up 2 Cancer foundation.

Maybe it is not as entertaining as pouring ice buckets over our heads as a challenge but it is still participation in the initial idea of supporting a good cause. As a small indie studio we thought we can relate to this the most and I hope you – every single person reading this or playing our games will find their own way to participate in their version of The Ice Bucket Challenge.

Don’t forget to enter the realm of Heroes of Deneos and perhaps you will increase as well the impact of our contribution for Stand Up 2 Cancer!

All the best!
Mighty Dragon Studios