In the role playing games, player takes on the role of one or more characters in the carefully designed environment. The player may also feel a sort of emotional involvement in the characters and story of the game. Most RPGs are set in a highly detailed fantasy world. But, there are role playing games set in other alternative realities like sci-fi worlds. There are also RPGs that are played in a settings that may features historic elements. Most RPGs begin with a narrative that unfolds as you proceed with the game. RPGs put strong emphasis on combat and tactics as well as feature character statistics or attributes that are as well combat based.

When you try to search for RPG on App Store or Play Store, you will find that there are way too many RPG games available nowadays. Not to mention that indie RPGs that has been increasingly becoming popular these days. With the increasing number of games in the Play Store and the App store, did you ever wonder why the once-marginalized RPG genre has become a powerful, dominating force? 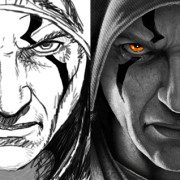 In the modern mobile gaming landscape, the king is RPG. For the past years, modern blockbuster experiences have happened and these blockbuster experiences have fuelled the exploration, skill building, character development, and game play improvements of the classic RPGs. In 2012, many of the emerging games in the App Store and Play Store have RPG elements. People are introduced to mobile games that offer multiplayer experience, leveling up abilities, and harvesting XP, bringing the classical RPG trophies to the heads of RPG fans everywhere. Indeed, nearly all competitive online and mobile games have RPG elements and mechanics that result to proliferation of RPG trappings in unlikely of places.

Probably, the fact that more and more people are playing RPGs is that role-playing games offer them with constant positive feedback via the core mechanics. You may not be aware of it, but this is habitually rewarding. Earning experiences and points; obtaining better equipment and items; receiving new abilities and perks – all this can provide players with a powerful boost of sense of achievement on a regular basis. This can lead to immense feelings of satisfaction and progression.

Face the truth; building a talented, powerful character, and getting your hands on a shiny new gear on a regular basis gives you more buzz than simply completing a puzzle or getting to the next level. Mobile role-playing games continue to rewards gamers for every chest they open, for every enemy they defeated, and for every quest they completed.  As result, gamers cannot get enough of the sense of satisfaction that RPGs provide.

Another reason why mobile-role playing games are increasing in number in the App Store and Play Store as well as other mobile app markets is that RPGs are much more about ability and become far less mechanical. Mobile role-playing games can capture the imagination of players that lead to a truly immerse gaming experience. 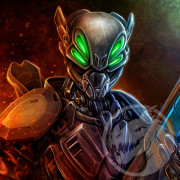 These days, the game worlds are compelling, diverse, and rich. They are packed with fascinating characters to discover, jaw dropping game settings, and diverting quests to embark on. Mobile RPGs and really all role-playing games live or die depending on the appeal of the imaginary world and the quality of its environment. To put simply, RPGs will succeed if they are built in a compelling world that intrigue players, which other gaming genres don’t necessarily offer.

The true nature of RPGs provide players with as many things to see and do as possible. Open-world RPGs are often overwhelming in tasks to complete, secrets to unfold, and quests to complete. These games are mustered with a huge volume of content being offered to a racer, a shooter, or action game. In the world where money players have is becoming tighter and tighter, it’ only natural for gamers to pay for games that cost money but offer high value and immense number of gaming hours content rather than buying a cheap game that offers limited hours of solo campaigns. Don’t mention the freedom of choice players have in the broad worlds of RPGs.

Mobile games development, especially the RPGs is becoming an attractive source of sales these days. Many emerging mobile games developers; indie developers and established game companies are focusing their efforts in creating RPGs that can attract large audiences of hungry for entertainment players. As the result, the RPG App Store and RPG Play Store are saturated with these games.

On the consumer’s perspective, the increasing number of mobile role-playing games in the RPG App Store and the RPG Play Store is a huge advantage as they have a more variety of different games to choose from. Besides, the cost of mobile RPGs is at the fraction of the cost of the PC or console titles.

But did I mention all of our games are Free to Play…?

See you on the flip side!