It seems that our three-year milestone is a good moment to reflect on the whole being-a-game-developer adventure, and since the question about making games pops up frequently, I (Admin) thought I’d share a little bit of history of Mighty Dragon Studios.

Our first game, Dragon Lords, started about five years ago, as one man’s hobby. iPhone was still a relatively new thing on the market and the selection of games was very limited. I was looking for something more engaging than Mafia Wars and couldn’t find anything worth my time. Having a programming background I decided to check how much effort it would require to shift a browser game (which I thought I could make) to the mobile platform. Initial research indicated that it wouldn’t be that much work, so I decided to go for it, not knowing then how wrong I was… 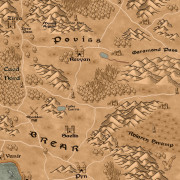 Not having any experience with actual game development (though hundreds upon hundreds of hours spent playing on various machines, starting with Atari 65XE, made me an expert I thought) I hit a number of problems and changed the concept of the game entirely at least three times (at some point it even included a map!). I was also entering uncharted territory, at that time there were no complex MMO’s for mobile phones that I could draw experience from. Instead I gathered concepts from the games I used to play in the past (some people noticed that Dragon Lords were heavily influenced by an old browser game called Red Dragon) and converted the gameplay to a more dynamic, mobile environment.

Another big obstacle that had to be overcome was creating good artwork. Not having any idea on how to go about finding a good artist, it was pure blind luck that I stumbled upon Adam Bray, who not only agreed to create the cover image for the game, but got so excited about the project, that he offered lots of advice and guidance in the area of general design, on top of charging absolute minimum for his work. Without him Dragon Lords would not become the game it turned out to be. 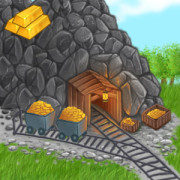 Adam agreed to supply the key game artwork: cover image and race portraits. Those, while being the most important pieces, were just a drop in the sea of artwork that had to be created. Finding a good designer for User Interface layout and illustrator for icons of buildings, discoveries, spells and military units turned out to be incredibly difficult. I used two sites to look for artists: Freelancer.com and Elance.com .

There were a few setbacks, where I started working with artists and they either disappeared, or the quality of their work dropped significantly after creating a few pieces. The breakthrough came when the cover was completed and I finally found a designer who made the Dragon Lords User Interface. It became obvious that the icon artwork I gathered did not fit the style or reach the level of quality set by UI and cover images (you can see those not used images beside this text). 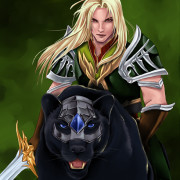 At this point in time a decision had to be made on how this project would proceed. In order to finish it, keeping the artwork consistent, on par with Adam’s work, everything else had to be scrapped – a lot of artwork which was already paid for. It all had to be replaced with high quality icons created by a professional. It also meant that this project would cross the line of being a hobby to becoming an investment. Creating the artwork meant dipping heavily into the savings.

After discussing this issue with my wife we decided to take the risk. With Adam’s guidance I did not split the job into small chunks, but rather created a large project with a high payment, which was bound to attract some of the professional artists. This is how I found ZTRUX, the man responsible for the majority of MDS artwork from that point on.

Somewhere along the way I joined forces with my brother (whom some of you might recognize from his rare public appearances as Land of Disturbed). By the time the project had grown from iOS to iOS-and-Android game it was obvious that it’s impossible for one person to carry all the weight. It was difficult even for the two of us, since we were still working full time at our “day jobs” in different IT companies. There were times when only the passion for what we were working on kept us coming back to keyboard.

When August 2011 came and the list of features waiting to be implemented was not getting any shorter we decided to finish what only required cosmetic changes and to start adding the new content after the release. On 17.08.2011 Dragon Lords went live. 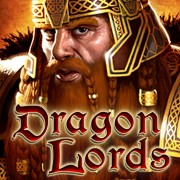 Releasing the game introduced us to a new problem, which is a major headache for most of the developers: user discovery. Publishing an app on mobile market, doesn’t matter whether it’s iOS, Android, Amazon or Windows Phone, gives you an initial boost in downloads, after which you fall into a vicious circle. In order to show up in user searches your app/game has to be popular. In order to be popular, people have to download it, in order to do that they have to FIND it first.

Only now, looking back at those first months, we are able to appreciate how lucky we were that the game took off the way it did. Two years after the decision to make an iOS game the App Store was a different place entirely. Competition was fierce and the store was already besieged by spam apps and cheap knock-offs. Getting noticed in the crowd started to become a big problem.

At the moment of release Dragon Lords still had one big advantage over vast majority of the games. It offered a complex gameplay and level of teamwork not encountered anywhere else in mobile games. That, combined with the fact that initially we ranked high on a popular keyword “dragon” and quickly received a lot of very good reviews allowed us to gain a fair number of players in those initial months. 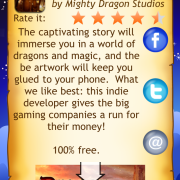 Having no experience in marketing (and I mean ZERO experience, we both have come from IT background, without any exposure to advertising whatsoever) we made some of the same mistakes most developers share. We focused on contacting reviewers and posting on various forums, an extremely time consuming and very ineffective approach. In our exploration of various app promotion methods, we stumbled upon the at the time popular “Free App a Day” services. We purchased campaigns with a few of the companies and hit one, which brought Dragon Lords to the top charts across Europe. We did not have the same success in the US, but it was enough to push us across the line dividing hobbyists and developers.

With Dragon Lords engaging thousands of players daily we had a steady revenue stream and enough work to keep us so busy that we had to quit our day jobs to keep up with the paperwork, maintenance, bug fixing, balancing, preparing new content and running support. We have officially become Mighty Dragon Studios.

Since then we hired people to work full time on support, coding and marketing. We released two more games and published multiple updates to Dragon Lords. The hard work paid off. We earn our living doing what we love, so we owe a big thanks to everyone who helped to make it happen!