There are thousands of games on the market, some of which are free while others cost money to play. Free mobile games generally make money for the owners thanks to the advertising that is included in part of the game itself. While it is fair to say that many players might find the advertising annoying, at the very least they are not paying for the game out of pocket.
Some Mobile games on the other hand allow players to enjoy what they hope are an ad-free game, but there is a cost associated. Perhaps it is not so strange then that mobile game apps have soared in recent years to become a huge part of our daily life with some surveys indicating that the spending is more than twice that of digital music. In fact, the music industry in general is going through a slump these days which mobile games spending are going through the roof, even on free-to-play games spending.

The Growth of Mobile Games: 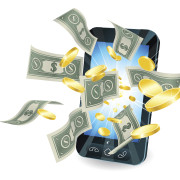 One survey places the climb in spending at an incredible 130% on an annual basis while digital music and movies have a more traditional growth rate of roughly 15% per year. The difference is rather astounding, although part of it can be traced to the fact that most of the films have already appeared in theatres where the public has had access to them before they reached the digital marketplace.
Plus, it must be pointed out that the real growth in mobile games spending is in Japan which has embraced the technology to an astounding degree. In the US, the spending on movies is still slightly stronger than the games although not by much. For mobile game designers and companies, Japan is the place to be while the US is still lagging behind.

The Psychology of Free-to-Play Games Spending:

One of the more curious developments in the growth of mobile games is the micro-transactions associated with free games that require funds for upgrading. A micro-transaction is generally a very small amount of money that is charged to upgrade or advance further into a game system that was originally free.
However, the side effect has been that many players are now paying a considerable amount of money each month on micro-transactions with some spending hundreds, even thousands of dollars. It has been reported there is a woman in Japan who spends about $10,000 per month in micro-transactions to keep up with her game of choice. There is even an employee of the company whose sole assignment is to make sure that she is kept happy so that she continues to spend the money.
This type of behavior certainly seems financially destructive to say the least, not unlike the spending of money on an addiction. However, unlike heroin, alcohol or marijuana which has shown to be physical as well as mental addictions, the free-to-play games hold a definite psychological addiction that seems to be difficult to break.

The Capitalization of Free Games:

Needless to say, there is certainly a division of opinion when it comes to games that require micro-transactions in order for players to progress. Many gamers are strongly divided with some loving the experience while others simply cannot stand it. It is not too dissimilar from the feelings that many traditional gamers have about collectable card games that require a renewed investment every few months so that players can have the “latest thing”.
However, while Magic: the Gathering puts out four new sets a year that can set a player back a few hundred dollars, the micro-transactions are somewhat more sinister as the gamer spends money a little bit here and there and in a short amount of time they can find themselves out hundreds of dollars in just a month or two.
Companies such as GungHo Online, Supercell and King for example collected revenues of an astonishing $4.4 billion in 2013 alone and that is just three games. This multi-billion dollar industry has certainly inflated to the point where many gamers could be considered addicted.

The Fragility of the Free Game Market: 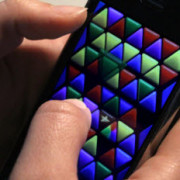 However, despite the overwhelming size of this particular industry, a recent survey showed that only 1.35 to 1.5 percent of gamers in total actually pays for the virtual goods, upgrades and levels for the games. That means the entire industry is being supported by only a tiny fraction of the gamers themselves which creates an extremely fragile situation that is both financially risky and psychologically revealing.
For the game companies, the risk is rather obvious if they lose just a small amount of their cliental. A drop of .5% for example means billions of dollars which could wreck the industry. However, this tiny amount of people who continue to pay may represent those who are addicted to the games themselves.
When the vast majority of gamers find no compunction to purchase virtual goods or upgrades to the game system, it is an indication that those who do spend a considerable amount of money on a regular basis may very well be under the spell of the game itself. This leads to companies who manufacture the games to create more incentives and newer games that focus on the monetization rather than the overall play experience.

Where mobile games spending will go from here is not too difficult to say. With so few people out of the overall gaming popular actually supporting this section of the industry, it will continue to thrive as long as there are new players willing to step up and replace those who are dropping out because they can no longer afford the games.
However, as history show when it comes to gaming trends the audience tends to get older which means that fewer new players will engage in the free-to-play games spending while the same game companies will narrow their focus to get the most money out of them. The eventual result will be a free-fall when the monetary investment by gamers drop and the game companies collapse.
It will however be a temporary detriment to those who were psychologically “hooked” on this particular type of game and the recovery may take some time. But as with any addiction, once the source has been identified and the damage realized, the recovery can begin.